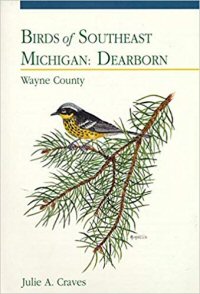 The checklist describes residency status, relative abundance, dates of occurrence, and sighting locations of over 260 bird species. While focusing on Dearborn, status and dates for most species, especially songbirds, will be applicable to much of southern Michigan. 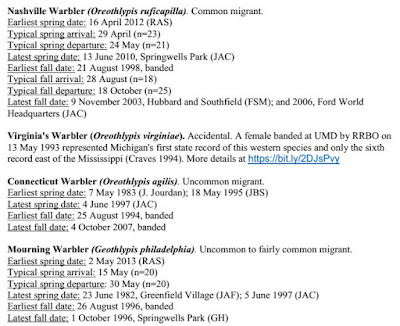 Price is $5 for this document, $7 for the 2007 The Birds of Dearborn, An Annotated Checklist, or $9 if you choose them both in the bundle. Payment is via PayPal or credit card. If needed, I will compile updates and provide periodic supplements for free to the email address provided when you download.
Posted by JAC
Email ThisBlogThis!Share to TwitterShare to FacebookShare to Pinterest
Labels: Birds and bird surveys