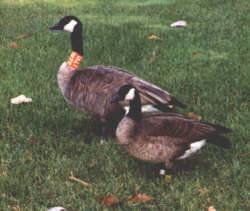 The only other foreign encounters I’ve had here at RRBO were an American Goldfinch and a Sharp-shinned Hawk. Both were originally banded within 25 miles of here, and were caught by me within four months of the banding date.  Figuring this kinglet, too, was from nearby, I contacted other regional banders, but nobody could claim this diminutive traveler. Finally, I tracked down the original bander.

The location was Tommy Thompson Park (a.k.a. Leslie Street Spit),  man-made peninsula constructed from dredge and fill which juts out 3 miles into Lake Ontario from the Toronto shoreline. The kinglet was banded by the Tommy Thompson Park Bird Research Station (TTPBRS), a partnership between Toronto and Region Conservation and the Toronto Bird Observatory. The station began operation in 2003. Here is a great map showing the location of the station.

Kinglets, especially Ruby-crowned, are a  bread-and-butter bird for TTPBRS, making up 30% of all birds banded over fall 2003-2004.  This is not surprising. Other lower Great Lakes banding sites located along the shores of Lakes Erie and Ontario also band hundreds or thousands of kinglets: Long Point Bird Observatory, Prince Edward Point Bird Observatory, Braddock Bay Bird Observatory, and Haldimand Bird Observatory, for example.  At our inland site, we don’t even SEE as many kinglets as these stations band in a typical fall season. This seems to provide evidence that these little mites prefer to travel along shorelines rather than over water during their journeys between their nesting areas in northern spruce-fir forests and their wintering areas in the southern U.S., Mexico, and Central America.

The capture of this one bird provides only a single data point, and while it is a notably rare event, in itself it doesn’t deliver a big scientific wallop.  But this encounter is valuable in other ways.  Ruby-crowned Kinglet number 2310-75634  has provided a special connection between two bird research stations studying urban bird ecology — an underappreciated focus that often struggles for acknowledgment and recognition.  And it provides an opportunity for us all to marvel at the resilience of such a small creature, and how much we still don’t know about this common bird that flits among us, just passing by.
Posted by JAC No comments:
Email ThisBlogThis!Share to TwitterShare to FacebookShare to Pinterest 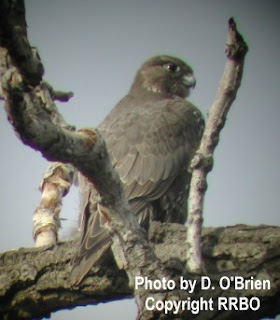 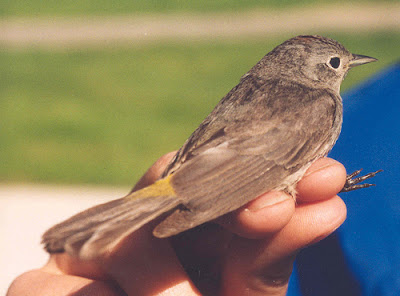