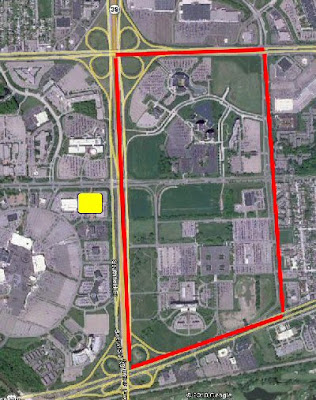 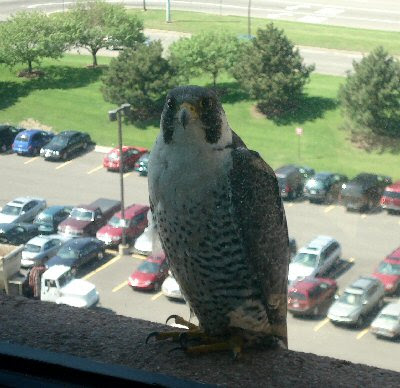 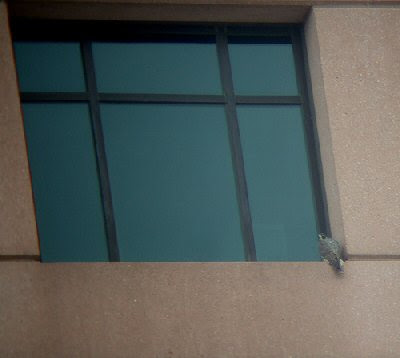 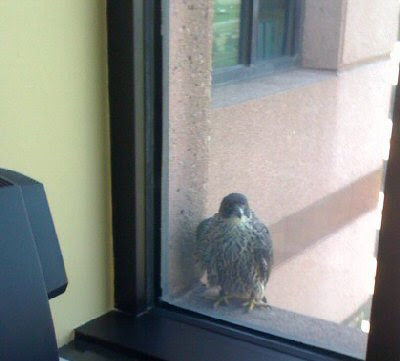 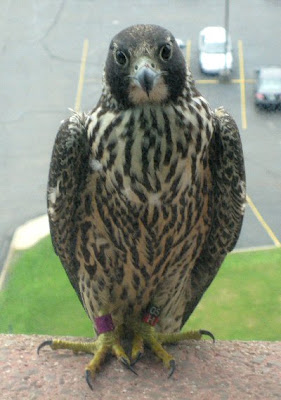 Many thanks to Tim Endlein, Liz Saeger, and others at Ford; Mike O'Leary of the Dearborn Police Department; Chris Becher and Barb Baldinger, Peregrine monitors for the Michigan Department of Natural Resources and Environment; and all the others who regularly report Peregrine sightings to me. For more information on the local Peregrine program, please visit the updates on the Macomb Audubon Society page.
Posted by Julie Craves 7 comments:
Email ThisBlogThis!Share to TwitterShare to FacebookShare to Pinterest
Labels: Birds and bird surveys

I have summarized the fall 2010 banding season at the RRBO web site.

Click here for a detailed account of the season, including photos, a table, and some graphs. The page of our most commonly banded birds has also been updated. You can view overviews of previous banding seasons on this page.
Posted by Julie Craves No comments:
Email ThisBlogThis!Share to TwitterShare to FacebookShare to Pinterest
Labels: Banding 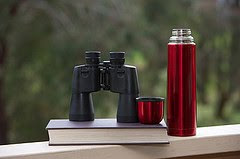 A bit of an aside on a topic that is important to me, and should be to all of us:

As I have mentioned here before, I am very involved in issues surrounding bird conservation and coffee growing. I was recently interviewed for a segment on Bird-Friendly coffee on Public Radio International's program "The World" which recently aired on over 300 NPR stations. You can read a transcript or hear the audio here. It runs about 5 minutes, and I'm on at the end.

I've said it before and I'll say it again: if you are buying inexpensive, grocery-store coffee you are contributing to the destruction of bird habitat and the decline of migratory songbirds.