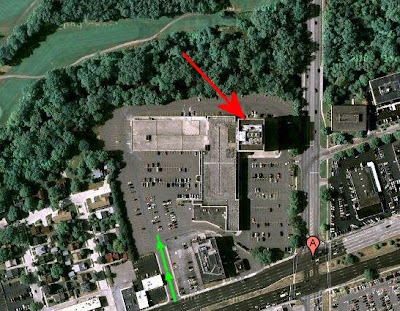 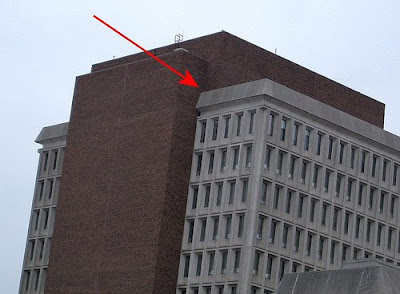 RRBO has been coordinating the Dearborn portion of the Detroit River Christmas Bird Count (CBC) since 1995. The count is held each year on New Year's Day.

After last year's exciting count featuring winter finches, this year's count was very dull, with the second-lowest number of individuals in 14 years. The low numbers of raptors, Mourning Doves, and House Sparrows, and absence of any blackbirds, compared to recent years was due to most of the productive Ford properties being planted in hay and harvested this year, leaving them in barren stubble with no or few birds.

The best of these fields are the ones that are directly adjacent to a tree line where birds can roost or go for cover, with the original field at on the south side of Hubbard at Southfield being the one that has traditionally had the most birds. Here is what the field looked like this summer, after the grain was harvested and the hay bailed. This is looking west towards the Ritz Carleton hotel: 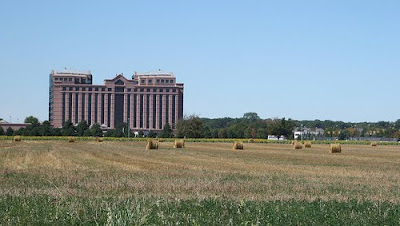 Whatever waste grain may have been left behind had long been picked over, leaving nothing for birds to eat. There is a coyote living in a den in the small nearby woodlot that I've seen several times. Here it is on count day, in the lower right. 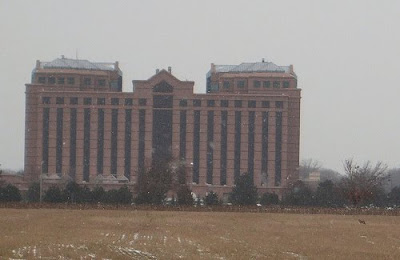 A few fields did have sunflowers in them, but they had also been picked clean. We had very large flocks of blackbirds this fall in the sunflower fields. Here is a brief video I took in October:

A few fields were planted in a wildflower mix. Although some of the choicest plants, such as the bluestem grasses, had been de-seeded, there was still a lot of good seed left. We had most of our small birds in these fields.

The Ford Rouge Plant had not been harboring much waterfowl up to the count, since the Detroit River is still open. Among the usual suspects there was a new species for the Dearborn portion of the count: Bonaparte's Gull. This was also our first January record for this species. A few do winter in the Great Lakes, but most are found in the Gulf states or southern Mississippi River in winter.

On campus, several Golden-crowned Kinglets, and Fox and Swamp Sparrows were good finds. Elsewhere, in an undisclosed location, a Northern Saw-whet Owl was located. They are not too uncommon here in winter, just hard to find.

Afterwards, most local counters gathered on campus to exchange intelligence, warm up with a cup of coffee, and have some pizza. Below, clockwise from lower left, are Greg Norwood (territory = campus and Rouge River channel), Tom Carpenter (Rouge Park), Gary Hutman (Rouge Park), Rick Crossland (rover), me, and Jim Fowler (Ford Rouge Plant, Detroit River, compiler). Other participants missing from the photo are listed on the results page. 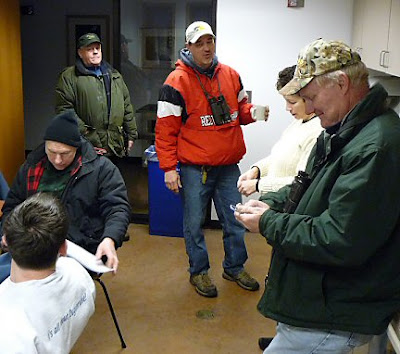 The majority of participants on the Dearborn count are Dearborn residents, and my own Dearborn neighborhood is well represented. Here are the Springwells Park birders: Cathy Carroll, Gary Hutman, my husband Darrin O'Brien, and yours truly. 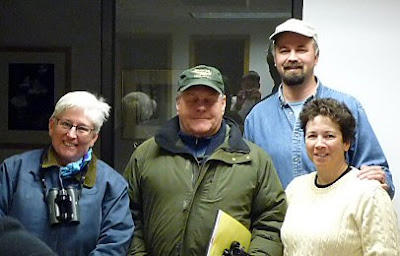 For a complete list of the bird species seen and other stats, as well as the results of all previous years, head on over to the Christmas Bird Count page on the RRBO web site.