The Detroit River Michigan-Ontario Christmas Bird Count was held, as it is each year, on January 1. This was the 40th year for the count, which is centered at I-94 and Warren Ave, and the 23rd year that RRBO has coordinated the field work in the city of Dearborn.

After a warm and late fall, the area experienced both a couple of very cold spells and one deep snow. All was gone by count day, however, and the weather was the most pleasant January 1 we have experienced in a long time. Flowing water was open, so waterfowl was not only not concentrated, but apparently largely elsewhere.  The Rouge River at the Ford Rouge complex usually has a decent variety of diving ducks, they were absent for the second winter in a row.  The complex is also an unusual but annual wintering spot for Black-crowned Night-herons. Only one was in the usual spot, with eight others along the river's open waters instead. This was a low number, as there are usually around 20 or so in this location.

As is often the case, gulls were the story at the Rouge Plant. This year, a first winter Iceland Gull was a first for the Dearborn portion of the count, and a first record for Dearborn. This brings the Dearborn bird checklist to 264 species. The bird was found by the crew that has permission to bird in the plant: Mike O'Leary, Jim Fowler, and Dave Washington. Photos below by Mike and Dave. 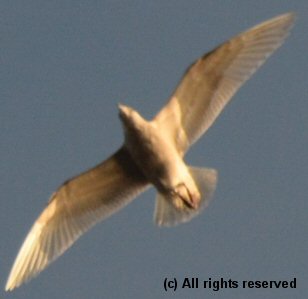 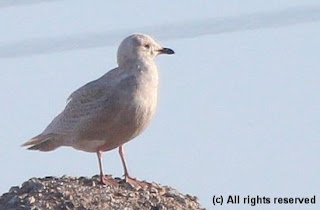 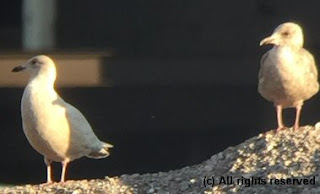 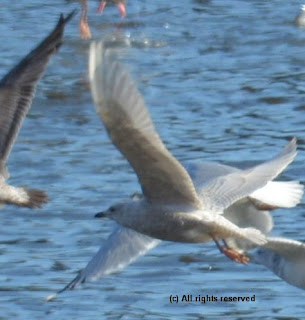 Campus was well covered, and a Pileated Woodpecker that has been present in the area since fall was located -- not only the first recorded on the Dearborn portion of the count, but the first for the entire 40-year history of the Detroit River count.

Counters were prevented from covering the south end of campus controlled by Fairlane Estate, so a large portion of the open river and riparian areas were not covered.

A number of the Ford sunflower fields were either mowed or being used for construction. Two others were briefly covered. This is the first year Cooper’s Hawk was missed on count day in 21 years, and the first year since 2010 Peregrine was missed; lack of habitat for prey birds around the Ford headquarters was no doubt a factor.

The number of American Robins was the lowest since 1999. Eight American Crows was a comeback of sorts, as they were missed the last two years; there have been more than 8 crows only once in the last 13 years.


The most interesting non-bird observation of the day were the trees along the Rouge River across from the Dearborn Country Club that were being girdled by beavers. The largest tree was about 12 inches in diameter.

We ended the day with 41 bird species. The two new additions bring the cumulative total for the Dearborn portion of the count to 90 species.
Posted by Julie Craves No comments:
Email ThisBlogThis!Share to TwitterShare to FacebookShare to Pinterest
Labels: Birds and bird surveys
Newer Posts Older Posts Home
Subscribe to: Posts (Atom)