Here was the star of this week, an adult male Cooper's Hawk. 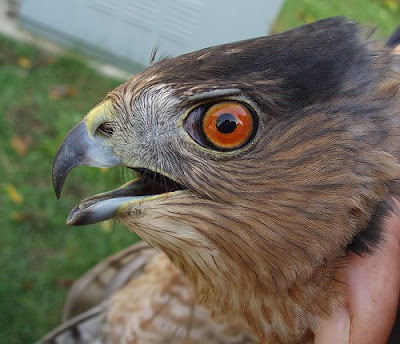 We don't catch many hawks, since the nets we use are really designed for small songbirds. Their mesh size is too small for hawks like this to really get struck in. Male Sharp-shinned Hawks are pretty small, and that's what we'd typically catch. This was only our second Coop. And it was a first for RRBO veteran bird bander Beth Johnson. 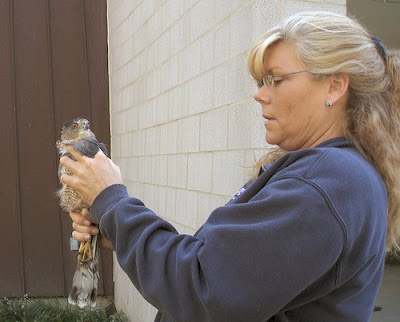 Sparrow season continues. The last to arrive are Fox Sparrows, but they are worth waiting for. Very handsome. 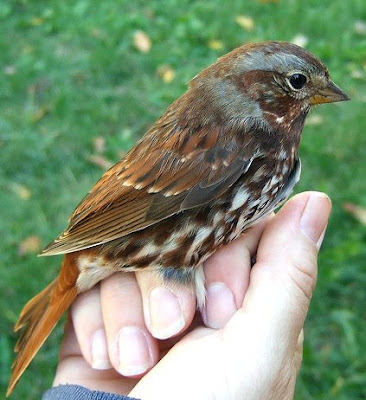 And while the majority of the warblers being banded now are Yellow-rumps, Orange-crowned Warblers have been coming through, and there are still several Nashville Warblers each week. This male Black-throated Blue Warbler was another straggler. 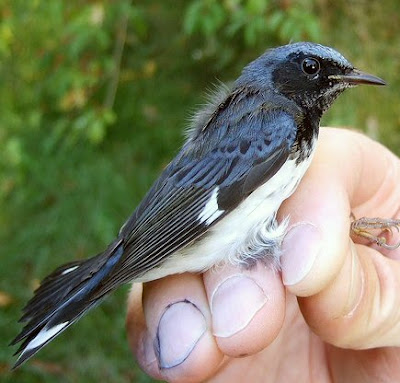 Things have picked up the last couple of weeks, but are still not as busy as we might expect this time of year. If our modestly increased pace continues, we will at least not end up with the worst fall season in our history, but alas we will not make it to our 30,000th bird banded as I had hoped. That milestone will have to wait until next year.

Don't forget to check out our special offer for fall RRBO donors!
Posted by Julie Craves
Email ThisBlogThis!Share to TwitterShare to FacebookShare to Pinterest
Labels: Banding