The reason to go native

One of the books I have been recommending recently is Bringing Nature Home by Douglas Tallamy. It describes the importance of native plants to birds and wildlife, focusing on the fact that native plants not only directly supply food – in the form of seeds or fruit – but also act as hosts for the insects that are crucial for the survival of birds. 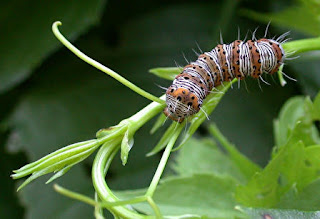 Consider this fact: Up to 90% of the insects that feed on plants can only reproduce on the plants with which they share an evolutionary history. Plants and insects are engaged in a long, evolutionary arms race. Plants develop special compounds to ward off the insects that eat their leaves. Since plants are unable to flee, these specialized defenses are their primary protection against herbivory. In response, insects develop adaptations that allow them to tolerate or overcome the toxins produced by plants. Plants, then, must respond with new chemicals which in order to be effective must be increasingly unique to particular plant families. As a result, many plants have a relatively small suite of insects that are able to eat them (and consequently, reproduce on them).

This is a very slow process. A plant transported to a new place in which it has no close relatives is generally without enemies. Native insects are unable to quickly adapt to a stranger’s chemical defenses. This is one reason why many non-native plants become invasive; there is little to keep them in check. More importantly to our discussion is the fact that even well-behaved, non-invasive ornamental plants typically lack or have few insect pests.

And therein lies the problem for birds. Not only are many bird species dependent on insects all year, 96% of all North American land birds raise their young on insects, all or in part. A lack of insects, especially in the breeding season, results in fewer young birds being raised, and eventually population declines. 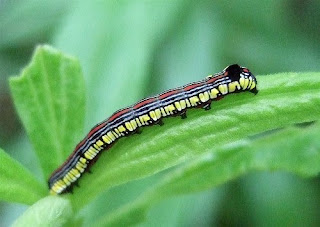 Tallamy is a co-author of a fantastic new paper in the scientific journal Conservation Biology* The paper describes a study which examined just how many fewer insects were available to birds on non-native plants. Six pairs of suburban sites in Pennsylvania were compared. They were similar in size; total plant cover; number of plant species; presence of bird boxes, feeders, or baths; and surrounding characteristics. The only difference between paired sites was that one was landscaped entirely with native plants, while the other was a more typical suburban mix of native canopy and non-native groundcovers and shrubs. The results were profound:

Here's the bottom line: By reducing insect food availability, non-native plants -- whether they are invasive or not -- are indirectly reducing bird abundance even in landscaped suburban areas. The authors conclude,

"We provide evidence that the landscaping choices of homeowners affect populations of both birds and the insect food they require, thus empowering homeowners, landscapers, and policy makers to raise (or lower) local carrying capacities by plant choice alone."

Individuals can make a difference. The choice is yours. Choose natives!

Thanks for summarizing this so well. It puts understandable science and facts behind a concept people hear a lot about.

After reading your post, I noticed while walking down a street with lawns on one side and native vegetation on the other, the birdsong was all on the native side.